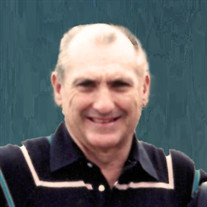 A Graveside Service will be held at 11:30 AM on Friday, August 20, 2021 in Pleasant Hill Cemetery of Plain Dealing, LA for Alvin Earl DeMoss, 91, who passed away on August 18, 2021 at his residence. Pastor C.L. Bourn of Greenwood Hills Baptist Church will conduct the funeral services. Mr. DeMoss, a resident of Lafayette, was the son of the late Earl DeMoss and the former Berdie Weeks. Born and raised in Plain Dealing, Alvin left in 1951 to join the United States Air Force. Upon leaving the service in 1955, he went on to attend LSU and graduated in 1959 with a Bachelor of Science in Petroleum Engineering. Alvin loved golfing any chance he was able! He enjoyed traveling everywhere with his wife, from China to Alaska, and anywhere in the Western United States. Alvin will be dearly missed by family and friends alike. He is survived by his wife of 61 years, Shirley Sheldon DeMoss; sons, Kevin DeMoss (Claire), Keith DeMoss, and Kendall DeMoss (Silvia); eight grandchildren; seven great-grandchildren; and sisters, Norma DeMoss Brown & Linda DeMoss Neal. He was preceded in death by his grandson, Jonathan DeMoss; and parents, Earl & Berdie DeMoss. The family requests that visiting hours be observed at Delhomme Funeral Home - Bertrand on Thursday, August 19, 2021 from 4:00PM to 8:00PM. Visiting hours will continue at Bailey Funeral Home of Plain Dealing, LA on Friday, August 20, 2021 from 10:00AM to 11:00 AM. Pallbearers will be his grandsons. The family would like to thank the nurses and staff, with Hospice of Acadiana, for the compassionate care during their time of need. In lieu of flowers, the family requests that donations be made, in Alvin's memory, to a local VFW Post. Personal condolences may be sent to the DeMoss family at www.delhommefuneralhome.com. Delhomme Funeral Home, 1011 Bertrand Drive, Lafayette, LA is in charge of funeral arrangements

A Graveside Service will be held at 11:30 AM on Friday, August 20, 2021 in Pleasant Hill Cemetery of Plain Dealing, LA for Alvin Earl DeMoss, 91, who passed away on August 18, 2021 at his residence. Pastor C.L. Bourn of Greenwood Hills Baptist... View Obituary & Service Information

The family of Alvin Earl DeMoss created this Life Tributes page to make it easy to share your memories.

Send flowers to the DeMoss family.