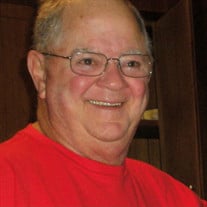 On Thursday, May 27, 2021, Carl Jones Gatti, Jr., loving husband and father of three children, passed away peacefully at his home in Scott, Louisiana at the age of 80 and is now in the arms of his Savior, Jesus Christ. Carl was born on June 29, 1940 in Shreveport, LA to Carl Jones Gatti, Sr. and Lucille Marshall Gatti. He was a graduate of Fair Park High School in Shreveport, LA in 1958. On October 30, 1974, he married the love of his life, Patricia Ann Snead Gatti. He is the proud father of three children: Karen D. Gatti Foster, Carla C. Gatti Ingram, and Carl Jones “C.J.” Gatti, III. Known by many as “Punkin” or “Daddy Gatti”, he was also known by so many as a cherished, invaluable friend and mentor. His life was defined by his honesty, integrity, and humility. The past 42 years of Carl’s career were spent in the oil and gas industry. His work ethic was beyond reproach and the friendships he formed have lasted the test of time. Carl had a passion for all things outdoors – playing football in high school, semi-pro baseball in his early life, followed by years of avid golf playing and every possible form of hunting. He loved the Lord and lived each day in a way that allowed others to experience the love of God in a very tangible way. He was a man of strongly rooted principles and standards, was deeply empathetic, and would do anything for anyone. Carl had an infectious smile, a kind and compassionate heart, and a quick wit that made him incredibly funny. He perfected the art of showing respect to others throughout his entire life, and he modeled loyalty and friendship in ways that have inspired so many who had the honor of knowing him. Carl was preceded in death by his father, Carl Jones Gatti, Sr., his mother, Lucille Marshall Gatti, his sister, Martha G. Criswell, and his brother-in-law, Kenneth Magee. He is survived by his wife of 46 years, Ann Gatti, his three children, Karen D. Gatti Foster and her husband Garth, Carla C. Gatti Ingram and her husband Stacy, and Carl Jones “C.J.” Gatti, III and his wife Amy, his sister Hattie G. “Baby Doll” Magee, his sister Marguerite G. Lanius, his brother Kevin M. Gatti, his grandchildren Christen Conner, Cody Foster and his wife Jackie, Rachel Foster, Jacob Foster, Dakota Ingram, Gentry Ingram, Caelee Gatti, Colton Gatti, Cullen Gatti, his great-grandchildren Grayson Foster, Graham Foster, Maverick Jones, and several treasured cousins, nieces, and nephews. A celebration of life memorial service will be held on Saturday, June 5, 2021 at 1:00 PM at the Midtown Campus of Our Savior’s Church, located at 101 Marie Antoinette Street in Lafayette, Louisiana. All expressions of sympathy, including flowers, honorary donations to St. Jude’s Children’s Research Hospital, and cards are welcome. Personal condolences may be sent to the Gatti family at www.delhommefuneralhome.com. Delhomme Funeral Home, 1011 Bertrand Dr. in Lafayette, LA is in charge of funeral arrangements.

On Thursday, May 27, 2021, Carl Jones Gatti, Jr., loving husband and father of three children, passed away peacefully at his home in Scott, Louisiana at the age of 80 and is now in the arms of his Savior, Jesus Christ. Carl was born on June... View Obituary & Service Information

The family of Carl Jones Gatti, Jr. created this Life Tributes page to make it easy to share your memories.

Send flowers to the Gatti, family.