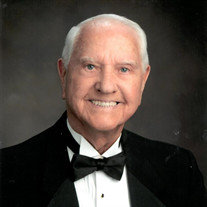 Funeral services will be held on Friday, January 7, 2022 at a 10:00 AM Mass of Christian Burial at St. Pius X Catholic Church in Lafayette for Mr. Ted Beaullieu, Sr., 94, who passed away peacefully at his home on Friday, December 31, 2021 surrounded by family. Interment will be in Calvary Cemetery immediately following the Mass. Reverend Paul Patin, S.J. and Reverend James Brady will con-celebrate the Funeral Mass. Lectors will be Michelle Crouch and Denise Sadler. Gift Bearers will be his grandchildren, Bridgett Simon, Claire Beaullieu, Sarah Worsley, Brooke Moodley, Christine Beaullieu, Lauren Beaullieu, Elizabeth Beaullieu and his great-grandchild, Isabelle Beaullieu. Vocalist will be Dave Domingue accompanied by Kevin Martin, organist. Per Ted’s wishes, the Notre Dame Fighting Irish fight song will be played as he departs his Church one last time. Survivors include his children, Ted Beaullieu, Jr, Michelle Crouch and her husband Kenny, Patrick Beaullieu, Denise Sadler and her husband Christy, Suzanne Bayard and her husband Don and Paul Beaullieu. His grandchildren and great-grandchildren, Bridgett Beaullieu Simon, her husband Jon & their son Aiden, Teddy Beaullieu, his wife Jill & their children Isabelle and Hayes, Claire Beaullieu; Brooke Beaullieu Moodley, her husband Perez & their children Ronnie and Azalea, Dillon Beaullieu and Lauren Beaullieu; Sarah Sadler Worsley, her husband William & their children Prescott, Shepard and Lillian Rose and Taylor Sadler; Andrew Bayard; Christine Beaullieu and Elizabeth Beaullieu. His step-grandchildren and great-grandchildren, Casey Crouch & his children Elizabeth, Adam, Anna and John Thomas; Jessica Crouch Venable, her husband Mitch and their children, Tristan, Jaxson, Owen and Callan; Austin Bayard. His sister-in-law Isabelle Patin Domingues and brother-in-law Reverend Paul Patin S.J. and numerous nieces and nephews. He was preceded in death by his wife Lydia Rose “Deedie” Beaullieu, grandson Jacob Crouch, his parents Frank and Della Billeaud Beaullieu, and his siblings Helen B Chachere, Lucile B Randol, Bernard Beaullieu and Frank Beaullieu. Born January 8, 1927 in Broussard, LA, Ted graduated from St. Cecilia High School in Broussard where he was later inducted in to the school’s Hall of Fame. He attended the University of Notre Dame in South Bend, Indiana, majoring in economics and as a freshman made the Fighting Irish Football team. Upon turning 18, he enlisted in the Maritime Services (Merchant Marines) and served in the Pacific Theater in WWII. After 2 years of service and as the war had ended, he returned to the states and as the school semester had already begun at Notre Dame University, he was able to attend SLI (now ULL) for that semester where he joined Theta Xi Fraternity. He was asked to join the track team where he threw the Shot Put and earned a letter in track. The following semester he resumed his schooling at Notre Dame University and re-joined the football team until a knee injury ended his football days. He worked on rehabilitating his knee and after the following semester, transferred to St. Mary’s University in San Antonio, TX where he earned a degree in economics, joined the Basketball team and earned a letter in that sport. He and his brother Frank co-owned Beaullieu Refrigeration in Lafayette, Louisiana from 1951-1982 when he acquired Frank’s interest and remained owner until he retired in 1992. He was a member of the Knights of Columbus Council No. 3470, Rotary Club, Sierra Club, Beaver Club, Order of the Knights of the Holy Sepulchre, the Southwest Louisiana Mardi Gras Association and the Krewe of Gabriel where he served on the Board of Directors. In 1988 he reigned as King Gabriel XLIX. He served on the Board of Directors of First National Bank, retired from the Board of Directors of Bank One and also served as a Regional Advisory Board member of IberiaBank. He was a member of Oakbourne Country Club, serving as Director, Board of Directors of the PGA Tour, Cajun Classic serving as Vice President and President. He was a member of L.A.B.I., Lafayette Chamber of Commerce, National Commercial Refrigeration Association, and was President of Hussmann Distributor’s Advisory Council. In 2002, he was appointed to a six year term on the Governor’s Advisory Commission on Coastal Restoration and Conservation. He served on the Board of Directors of the Acadiana Bay Association and on the Board of Directors of C.C.A. of Louisiana. He was a Life member and major donor to Ducks Unlimited, giving back to the resource of the outdoor activity he enjoyed so much. Dad’s lifelong love of fishing and hunting began when he was a young boy, at the family camp in Cypremort Point. He loved sharing that passion with his children, grandchildren and friends. He recognized the need in helping to preserve those natural resources for future generations to enjoy and became committed to help perpetuate those same resources that he was able to enjoy as a youth. His conservation efforts were recognized by naming the first reef in his name in its new Nearshore Reef Campaign in June, 2019. Dad had a deep devotion to Our Lord and The Blessed Virgin Mary, a strong faith that he passed on to his children by his example Pallbearers will be his 3 sons Ted Beaullieu, Jr, Patrick Beaullieu and Paul Beaullieu and his 4 grandsons, Teddy Beaullieu, Taylor Sadler, Dillon Beaullieu and Andrew Bayard. Honorary Pallbearer will be his late grandson, Jacob Crouch. The family would like to thank the ladies who took care of Dad with love and respect, Shirley DeRousselle, Michelle Minor, Viola Walker, Myree Ardoin and Alma Zenon. In lieu of flowers, a donation may be made to the Jacob Crouch Foundation, c/o The Family Tree, 1602 W Pinhook Rd, Suite 100A, Lafayette, LA 70508. The family requests that visitation be observed at Delhomme Funeral Home, 1011 Bertrand Drive from 5:00 PM till 8:00 PM with a Rosary at 6:30 PM on Thursday, January 6, 2022 and 8:00 AM till time of service on Friday, January 7, 2022. Personal condolences may be sent to the Beaullieu family at www.delhommefuneralhome.com. Charles Theodore "Ted" Beaullieu, Sr. and his family were cared for and entrusted final arrangements to Delhomme Funeral Home, 1011 Bertrand Drive, Lafayette, LA.

Funeral services will be held on Friday, January 7, 2022 at a 10:00 AM Mass of Christian Burial at St. Pius X Catholic Church in Lafayette for Mr. Ted Beaullieu, Sr., 94, who passed away peacefully at his home on Friday, December 31, 2021 surrounded... View Obituary & Service Information

The family of Charles Theodore "Ted" Beaullieu Sr. created this Life Tributes page to make it easy to share your memories.

Send flowers to the Beaullieu family.