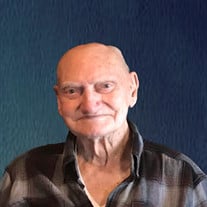 Funeral Services will be held at 1:00 PM on Saturday, October 16, 2021 in Delhomme Funeral Home - Maurice for Dolze Touchet, 95, who passed away on October 15, 2021. Rev. Fr. Paul Bienvenu, Pastor of St. Alphonsus Catholic Church and Our Lady... View Obituary & Service Information

The family of Dolze Touchet created this Life Tributes page to make it easy to share your memories.

Funeral Services will be held at 1:00 PM on Saturday, October...

Send flowers to the Touchet family.