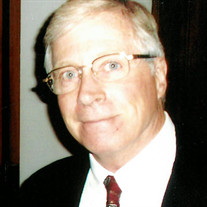 Funeral Services will be held at The Cathedral of St. John the Evangelist on Saturday, March 7th 2020 at 1:00 p.m. for Eugene P. Cella, 82, who passed away on March 2nd 2020 at 11:16 p.m. at his residence in Lafayette, with his family by his side. Serving as celebrant of the mass and conducting funeral services will be Rev. Andrew Schumacher of the Cathedral of St. John the Evangelist. Interment will take place in the Lafayette Memorial Park Cemetery. Gene Cella was born to Eugene A. Cella and Hazel Burdin Cella Francisco on October 26, 1937 in New Rochelle, New York. The family returned to his Mother’s hometown of Lafayette in 1942. He attended Cathedral Catholic School through the tenth grade. From there he went to Lafayette High School where he graduated in 1955. He attended Louisiana State University but received his BA Degree in Pre-Law from S.L.I., now the University of Louisiana at Lafayette. He was a member of Kappa Sigma Fraternity and served as President in that organization in 1957. He married his college sweetheart, Patsy Shelton Cella in 1959. After college Gene was employed by Continental Emsco in Houma, La and later was transferred to New Orleans and then Lafayette. In 1973 he started working for the American Bank and Trust Co. of Lafayette, where he was a Senior Vice President and Trust Officer. He completed several American Institute Banking courses, served on the Louisiana Banking Association Trust Committee, and the Cash Management Committee. In 1986, he went to work for Whitney National Bank in the same capacity as Senior Vice President and Trust Officer. He was very conservative and disciplined in handling his finances and his customers. He was also very trustworthy, loyal, and well respected in the banking community. Gene is survived by his loving wife of 60 years, Patricia Shelton Cella and his sons, Gene P. Cella and his wife Lea Cella, and Jon Patrick Cella, his daughter Elizabeth Cella Burnell and her husband Robert Burnell, and his incredible grandchildren: Trevor Christopher Cella and his wife Ana Cella, Connor Matthew Cella and his wife Miranda Cella, Caroline Elizabeth Burnell, Natalie Celeste Cella, and great-granddaughter Madeline Cella. He is also survived by his sisters Diane Cella Jamison and Joan (Bootsie) Cella Arceneaux and numerous nieces and nephews. Gene was preceded in death by his Father Eugene A. Cella, and his mother Hazel Burdin Cella Francisco, step-sister Eleanor Francisco Straub, her husband Dr. John N. Straub, and special uncle Dr. John Joseph Burdin and his beloved cousin J.J. Burdin III. Gene enjoyed coaching his two sons in football and Little League Baseball. He often reflected on the summer he, and other fathers, constructed a baseball field for the youth in Broadmoor Subdivision. For years it was known as Guirovich Field. He was a New York Yankee fan, Green Bay Packer fan, and an LSU fan. He was also a proud fan of the Rice Owls when his grandson Connor Cella played tight end at Rice University. Gene was very proud of his sons, his daughter, and his grandchildren. He loved his family and the time spent with them. Gene was a member of The Beaver Club, The Lafayette Townhouse (Order of the Troubadours), and the Krewe of Gabriel. He served as a Royal Duke for the Greater Southwest Louisiana Mardi Gras Association. Gene was a Royal Duke in the Krewe of Gabriel and was extremely proud to present his daughter. He was also a Duke for The Order of the Troubadours, and was very proud to see his daughter reign as queen. He was an avid reader and collector of sports books. He was also a great story teller and loved playing cards. The family requests that visitation be observed at Delhomme Funeral Home on Bertrand Drive on Saturday, March 7th from 9:00 am until 12:30 pm. Pallbearers will be Trevor Cella, Connor Cella, Robert Burnell, Ronnie Arceneaux Jr., J.J. Burdin IV, and Wesley Turner. Honorary pallbearers will be Lafayette High School Class of 1955, members of Kappa Sigma Fraternity, and his special friends from the Wednesday night suppers. The family would like to thank Dr. Kenneth McCarron and Dr. Edward Breaux, for the many years of personal care they provided. Our appreciation to Dr. John Mickey, for always being there when we needed him. We are grateful to the staff of Bridgeway Hospice, particularly Brenda Melancon RN, and Paxton Lloyd. Also to their caring workers Ramona George, Raquita Sam, Destinie Carry, and a special thanks to our faithful long time helper Christy Guidry. We express our gratitude to Agnes Kilchrist and Alice Ainsworth for their kind and caring ways. We thank our new friend Marie Travis for her dedication and the loving care she provided. We thank Sue Duplinchin for all the years she has played such an important role in our family. In lieu of flowers, Memorial contributions can be made to The Cathedral of St John the Evangelist or to Cathedral Carmel School. Personal condolences may be sent to the Cella family at www.delhommefuneralhome.com. Delhomme Funeral Home, 1011 Bertrand Drive, Lafayette, LA is in charge of funeral arrangements.

The family of Eugene Pierre Cella Sr. created this Life Tributes page to make it easy to share your memories.

Funeral Services will be held at The Cathedral of St. John the...

Send flowers to the Cella family.