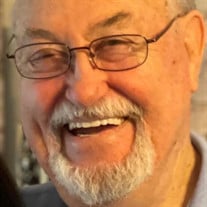 Funeral Services will be held at 2:00 PM on Saturday, August 28, 2021 in Life Church for Malcolm Paul Billeaud, 72, who passed away on August 27, 2021 surrounded by his family. Mack was a kind and loving man. His greatest loves were God, family, friends, and our country. Family meant everything to him. He loved his wife of 48 years, faithfully. Mack was a proud father, grandfather, brother, and father-in-law, cherishing every moment with his family. Mack's passion for God, influenced his commitment to serve others during his time as a Royal Ranger Commander. He enjoyed mentoring men and kids and sharing his faith with others. As a Commander, he taught future generations about God, nature, and survival. Everyone knew him as Commander Mack. Mack served his country in the U. S. Army, during the Vietnam Era. He continued to support the USA his entire life. He enjoyed building things with his hands. His hobbies included camping, traveling the world, and cooking. A builder by trade, Mack continued perfecting his craft throughout his life. Pastor Bob Zannini, Pastor of Life Church will conduct the funeral services. Burial will take place in Fountain Memorial Gardens Cemetery on Wednesday, September 1, 2021 at 10:00 AM. Mack, a resident of Lafayette, was the son of the late Howard Billeaud and the former Thelma Leger. He is survived by his wife, Becky Billeaud; children, Brandy (Steve) Schaaf, Jared Billeaud, and Laci (William) Quinn; grandchildren, Rylie, Drew, and Emerson Schaaf; and sister, Cheryl (Billy) Ridge. He was preceded in death by his parents and brother, Wayne Billeaud. The family requests that visiting hours be observed at Life Church, 6408 Johnston St., Lafayette, LA 70503 on Saturday, August 28, 2021 from 10:00 AM to 2:00 PM. Pallbearers will be Jared Billeaud, Steve Schaaf, William Quinn, Billy Ridge, Ian Ridge, and Laci Quinn. Personal condolences may be sent to the Billeaud family at www.delhommefuneralhome.com. Delhomme Funeral Home, 1011 Bertrand Drive, Lafayette, LA is in charge of funeral arrangements

Funeral Services will be held at 2:00 PM on Saturday, August 28, 2021 in Life Church for Malcolm Paul Billeaud, 72, who passed away on August 27, 2021 surrounded by his family. Mack was a kind and loving man. His greatest loves were God, family,... View Obituary & Service Information

The family of Malcolm Paul Billeaud created this Life Tributes page to make it easy to share your memories.

Funeral Services will be held at 2:00 PM on Saturday, August...

Send flowers to the Billeaud family.