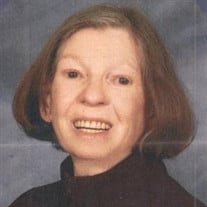 Margery Watson Reeves was born on January 9, 1923 to James Ivy Watson and Margaret Bishop Watson and passed away on May 27, 2021 at the age of 98. She married Willie C. Reeves in 1953, who predeceased her on February 28, 2007. Margery is survived by her daughters Meredith Coleman and husband, Jim, Brent Greer and husband Larry Crow, Judith Rivers and husband Larry; grandchildren Bill Greer, Joy Merrill-Holsinger and husband, Patrick, Stuart LaGrone and wife Kassie, Jill Rivers, Beth Soileau and husband, Paul and Thomas LaGrone; great grandchildren MacKinzie, Raegan and Brooklyn. Margery was born in a small town in Louisiana. She began her teaching career at the age of 19 in a one-room schoolhouse and continued teaching for many years. She took a sabbatical to raise her three daughters until she went in to complain about an overcrowded classroom and the principal, a longtime colleague, pointed to a classroom and said, “You start on Monday.” She also got the job of Sunday School teacher in a similar way when the pastor begged her to teach a class of all rambunctious boys because no one else could handle them. After retiring, she continued to teach at the Literacy Center in Lake Charles, Louisiana. She was a lifetime member of Delta Kappa Gamma. Mom was a voracious reader and loved her newspaper and coffee. Good Friday was a day she expected her family for the annual crawfish boil. She especially loved visiting with her grandchildren and great grandchildren. She was one of the original members of St. Luke’s Methodist Church, and later became a member of University United Methodist Church in Lake Charles, Louisiana. Mom was truly blessed to have Belinda Villarreal, who was so much more than a caretaker, and like family, as well as the CNAs and nurses and staff at Golden Palms. She will be dearly missed by her family and friends. Funeral services will be held on Thursday June 3rd, 2021 at Cherry Grove Baptist Church in Mittie, Louisiana at 1:00 PM. The graveside service will immediately follow. A memorial service will be held in Harlingen, Texas at a later date. Personal condolences may be sent to the Reeves family at www.delhommefuneralhome.com. Delhomme Funeral Home, 1011 Bertrand Dr. in Lafayette, LA is in charge of funeral arrangements.

Margery Watson Reeves was born on January 9, 1923 to James Ivy Watson and Margaret Bishop Watson and passed away on May 27, 2021 at the age of 98. She married Willie C. Reeves in 1953, who predeceased her on February 28, 2007. Margery is survived... View Obituary & Service Information

The family of Margery Watson Reeves created this Life Tributes page to make it easy to share your memories.

Send flowers to the Reeves family.