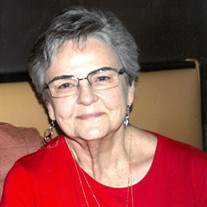 Lt Col Melissa M. Williams passed away November 13, 2020. Born July 17, 1946 in Baton Rouge to Nelson and Aline Bijou Hobgood, she graduated from Redemptorist High School in 1964 and then graduated from Southeastern in 1968 with a BA in Elementary Education. After a year of teaching at Howell Park Elementary in Baton Rouge, she decided to join the US Air Force as a 2nd Lieutenant. Melissa’s assignments took her from the Mohave Desert to Goose Bay, Labrador and from New Hampshire to the Philippines to Germany where she commanded her first squadron. She then served on the USAFE IG Team and in squadron and air division jobs at Ramstein AB. She was a superb commander and was sought out to command in some of the biggest, toughest jobs available. She was selected as Chief of Supply, commanding squadrons in Turkey, the United Kingdom, and New Mexico where she retired in 1993 with 20 years of service. Melissa was awarded five AF Meritorious Service Medals, two AF Commendation Medals, four AF Outstanding Unit Awards, and various lesser recognitions of service. After retiring, she joined her husband, Bob, until he retired and then for five years lived in southern Montana attending Montana State University. They moved to Opelousas in 1999 and Lafayette in 2016. Here in Acadiana she involved herself in several service activities. She taught adult reading through VISTA, was one of the Sophia's Circle founders, and served several service and recovery organizations. Her outgoing personality made her friends wherever she went, if only to the grocery store, and she always had an inspired story ready to tell. But as much as she loved people, she loved animals more, caring for them continuously since her retirement. She is survived by her husband of 48 years, Col Robert T. Williams of Lafayette; her sister Kim Wright and her husband Earle of Clinton, LA; and two nieces: Sarah Kinchen and her husband Brad and son Ayden Wright of Gonzales, LA, and Jessica Wright of Lafayette.

Lt Col Melissa M. Williams passed away November 13, 2020. Born July 17, 1946 in Baton Rouge to Nelson and Aline Bijou Hobgood, she graduated from Redemptorist High School in 1964 and then graduated from Southeastern in 1968 with a BA in Elementary... View Obituary & Service Information

The family of Lt Col Melissa M. Williams created this Life Tributes page to make it easy to share your memories.

Send flowers to the Williams family.