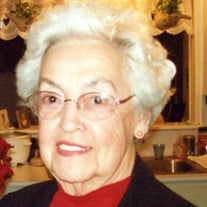 A Mass of Christian Burial will be held at 3:00 PM on Thursday, July 9, 2020, in the Cathedral of St. John the Evangelist Catholic Church for Minnie Mae Soileau Chapman, 91, who passed away on July 7, 2020, at her residence. Fr. Andrew Schumacher, Parochial Vicar of Cathedral of St. John the Evangelist Catholic Church, will be Celebrant of the Mass and will conduct the funeral services. Burial will take place in Lafayette Memorial Park Mausoleum, immediately following services. Mrs. Minnie, a resident of Lafayette, was the daughter of the late Martin Soileau and the former Anaise Manuel. A graduate of Sacred Heart Catholic School - Ville Platte, Class of 1946, Minnie was incredibly proud of her Alma Mater. She married Murray soon after and they began their life together in Ville Platte. In 1959, Minnie and her family moved to Lafayette, where she has resided for over 60 years. She worked as a nurse for Dr. Charles Aswell in Ville Platte and Dr. Robert Thompson in Lafayette, a career spanning 46 years. Minnie was an avid fan of all sports, though she was partial to baseball. She traveled to Europe as often as possible, and was accompanied by her best friend, Sue Fawcett, for her final trip. Minnie had many hobbies, including cooking and gardening. She was a talented seamstress, often using her skills for her family and friends. Her love (especially for children), tender care and generosity will be dearly missed by all. She is survived by her daughter, Katherine C. Ogé and husband, Charles; son, W. André Chapman; son, Martin B. Chapman and wife, Robin; grandchildren, Cara Ogé Toups (Barret), Chuck Ogé (Lauren), Corey Ogé (Ashley), Lauren Chapman Swan (Kevin); Michael Chapman (Laura), Andrea Chapman Willis (Ian), Claire Chapman Trahan (Ryan), Katelin Chapman, Patrick Chapman and Murray Chapman; and 14 great-grandchildren. She was preceded in death by her husband of 46 years, Murray Chapman; brothers, Moise B. Soileau, Harold Soileau and Ronald Soileau; sister, Rooney Soileau Sagona; and parents, Martin and Anaise Soileau. The family requests that visiting hours be observed at the Cathedral of St. John the Evangelist Catholic Church on Thursday, July 9, 2020 from 1:00PM until the time of service. Honorary Pallbearers will be her grandsons, Chuck Ogé, Michael Chapman, Corey Ogé, Patrick Chapman and Murray Chapman. The family would like to thank the staff of Hope Healthcare & Hospice and the Senior Helper's for their compassionate care during their time of need. A special thank-you to Kathleen Axten and all the family & friends that helped care for their mother. Personal condolences may be sent to the Chapman family at www.delhommefuneralhome.com. Delhomme Funeral Home, 1011 Bertrand Drive, Lafayette, LA is in charge of funeral arrangements.

A Mass of Christian Burial will be held at 3:00 PM on Thursday, July 9, 2020, in the Cathedral of St. John the Evangelist Catholic Church for Minnie Mae Soileau Chapman, 91, who passed away on July 7, 2020, at her residence. Fr. Andrew Schumacher,... View Obituary & Service Information

The family of Minnie Mae Soileau Chapman created this Life Tributes page to make it easy to share your memories.

Send flowers to the Chapman family.