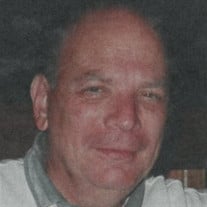 Graveside services will be held at 2:00 PM on Wednesday, January 22, 2020, at Lafayette Memorial Park Cemetery, 2111 West Pinhook Road, Lafayette, LA for Mr. Peter Murray Adania, 76, of Lake Wylie, SC, who passed away Sunday, January 12, 2020 at CaroMont Health, Gastonia, NC. The family requests that visiting hours be observed at Delhomme Funeral Home – Bertrand on Wednesday, January 22, 2020 from 12:00 PM until 1:30 PM. Mr. Peter Murray Adania was born on March 24, 1943 in The Bronx, NY, to the late David and Anne Adania. He graduated from Stuyvesant High School (NY) in 1959 at the age of 16. In 1964, he joined the U.S. Marine Corps where he proudly served for six years and was honorably discharged as a Sergeant in 1970. Pete then enjoyed a long and successful career in the hospitality industry, managing restaurants and then hotels in Pennsylvania, Texas, and Florida. While managing the Parkway Center Inn and Pavilion Restaurant in Pittsburgh, PA, he met the love of his life, Rita Renee Kotchka. After a whirlwind courtship, they were married at Heinz Chapel in Pittsburgh on November 3rd, 1973 and spent the next 46 years living a life full of love, family, and great food. After his retirement in 2006, they moved to Lake Wylie, South Carolina and enjoyed spending time with their grandchildren, making new friends and traveling. One of Pete’s favorite hobbies was driving his 1966 Ford Mustang and bringing it to local car shows in and around the Carolinas where it won several awards. He and Rita still loved to keep up with their beloved Pittsburgh Steelers each and every week during football season. Survivors include his wife Rita Kotchka Adania; son Daniel Peter (Elizabeth) Adania of Lafayette, LA; daughter Stacey Adania Gonzales of Austin, TX; son Jared Michael Adania of Colorado; sister Laura Frances Adania of Portland, OR; and grandchildren Reagan Shelby & Cameron David Adania and Sonny Rey Gonzales. Pallbearers will be Daniel Peter Adania, Cameron David Adania, Gary Kotchka, Bob Gansfuss, Chris Van Way and John Van Way. Honorary Pallbearers will be Darrell Kotchka, Sonny Rey Gonzales, Christopher Sheldon, and Jeff Brinda. Personal condolences may be sent to the Adania family at www.delhommefuneralhome.com Delhomme Funeral Home, 1011 Bertrand Drive, Lafayette, LA is in charge of funeral arrangements.

The family of Peter M. Adania created this Life Tributes page to make it easy to share your memories.

Graveside services will be held at 2:00 PM on Wednesday, January...

Send flowers to the Adania family.