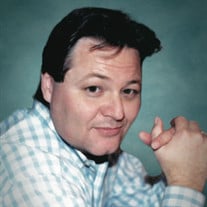 Memorial Services will be held at 3:00 PM on Monday, December 20, 2021 at Trinity Bible Church for Phillip “Phil” Bailey Gabal, 75, who passed away on December 14, 2021 at his home surrounded by his family. Pastor Dennis Malcolm will conduct the funeral services. Inurnment will take place at Greenlawn Memorial Gardens Cemetery at a later date. Mr. Gabal was the son of the late James P. Gabal and Vera Collins Gabal. He was a graduate of Lafayette High School and USL [University of Louisiana at Lafayette] where he received his B.S. in Science in 1969. Phil was a member of the Epsilon Chi Chapter of Kappa Sigma fraternity. Upon graduation, he enlisted in the US Army, during which time he served as a medic in Viet Nam. Soon after, Phil met the love of his life, Lori Muhar, on July 4th, 1974, while sailing in Marathon, FL. There was no doubt in his mind that she was to be his forever shipmate. Phil and Lori married within a few weeks and began a glorious 47-year voyage; no matter rough waters or smooth sailing, they never looked back. Mr. Gabal is survived by his beloved wife, Lori Lynne Muhar Gabal; children, Kyle P. Gabal and Lynne Gabal Neustrom and her husband Thomas; grandchildren Michael Anthony, Dylan Kyle and Nathan Thomas Neustrom, brother Steven Donald Gabal, and nieces Gabrielle and Jill Gabal and Jamie Veverica of Lafayette; sister-in-law Vicki Lore and nephews Mike, Joe, and Andrew Lore of New Orleans, LA; brother-in-law Andrew Muhar, and mother-in-law Bernice Muhar of Milwaukee, WI. Phil was preceded in death by his parents James and Vera Gabal, and father-in-law Victor Muhar. Pallbearers are Frank Buras, James Odom, Tommy Strong, Mike Mitchell, Dr. Skip Palmentier, Don O’Day, Greg Wallace, and Ronnie McWherter. The family requests that visiting hours be observed at Trinity Bible Church, 130 E. Broussard Rd., Lafayette, LA 70503 on Monday, December 20, 2021 from 2:00 PM till time of service at 3:00 PM. It is requested that masks be worn. The family would like to thank Dr. Juan Zeik and Heart of Hospice for their special attention and care of Phil. Personal condolences may be sent to the Gabal family at www.delhommefuneralhome.com. Phillip Bailey Gabal and his family were cared for and entrusted final arrangements to Delhomme Funeral Home, 1011 Bertrand Drive, Lafayette, LA.

The family of Phillip Bailey Gabal created this Life Tributes page to make it easy to share your memories.

Memorial Services will be held at 3:00 PM on Monday, December...

Send flowers to the Gabal family.