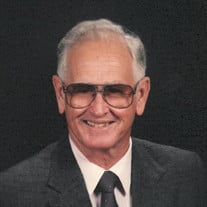 A memorial service celebrating the life of Robert Clement will be held on Thursday, March 12 at 11:00 AM at First Presbyterian Church, 1130 Johnston Street, Lafayette LA. The Reverend Zach S. Sasser will preside, and music will be provided by Organist/Choir Director Jake Spinella. A short reception will follow the service. Visitation prior to the service will be at Delhomme Funeral Home, 1011 Bertrand Drive, Lafayette, LA, from 8:30 AM to 11:00 AM on Thursday, March 12. Mr. Clement died at Carpenter House and will be buried in the military section of Lafayette Memorial Park in a private ceremony. He was born in Morgan City, LA. He attended Sacred Heart Catholic School, graduating in 1947. He attended Southwestern Louisiana Institute of Liberal and Technical Learning (SLII)—now the University of Louisiana at Lafayette—and the University of Houston before joining the army, attaining the rank of Corporal and serving almost two years in Inchon, Korea. On returning home, he completed a B.S. in Geology from USL in 1958. He was a jack of all trades, holding down many jobs from surveyor’s assistant to rough neck to mud logger to school teacher to production foreman. That position with Kerr Magee lasted 13 years after which he helped establish the Petroleum Training Services program at USL. After retiring, he took on many volunteer jobs including Instructor for AARP Safe Driving Courses. He was an avid cook, sometimes known as the Biscuit Man, preparing his famous ClemBiscuits and ClemBurgers for church functions, family, and friends. He was an outdoorsman who loved fishing and hunting. He was a member of the American Legion, Post #69 in Lafayette, LA and the VFW, Post #4222 in Morgan City, LA. He and his wife Velma were members of the Morgan City Chapter of AARP and were awarded its Citizen of the Month in September 2001. They were recognized for 21 years of service in 2014. He continued his participation in these groups until his death. He is survived by his wife of 66 years, Velma, and their three children: Karen Russell and her husband, Dan of Windsor, CA; Eddy Clement and his spouse, Glenn Edward Nadboralski of Long Beach, CA; and Jeff and his wife, Julie; three grandchildren: Scott Russell and his wife, Erin of Livermore, CA; Zachary Clement and Samantha Clement—both of Lafayette, LA, and a great grandson, Killian Atticus Clement of Livermore, CA. He is also survived by his brother, Drue C. Clement, and his wife Jeanie of Morgan City, LA and several nieces and nephews. He was preceded in death by his parents, Eddie R. and Myrtle F. Clement of Morgan City. In lieu of flowers, donations may be made to the First Presbyterian Church of Lafayette, LA. Personal condolences may be sent to the Clement family at www.delhommefuneralhome.com. Delhomme Funeral Home, 1011 Bertrand Drive, Lafayette, LA is in charge of funeral arrangements.

A memorial service celebrating the life of Robert Clement will be held on Thursday, March 12 at 11:00 AM at First Presbyterian Church, 1130 Johnston Street, Lafayette LA. The Reverend Zach S. Sasser will preside, and music will be provided by... View Obituary & Service Information

The family of Robert Clinton Clement created this Life Tributes page to make it easy to share your memories.

A memorial service celebrating the life of Robert Clement will...

Send flowers to the Clement family.