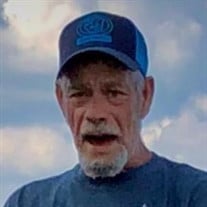 The family of Roy Lane Goodwin created this Life Tributes page to make it easy to share your memories.

Funeral Services will be held at 2:00 PM on Thursday, September...

Send flowers to the Goodwin family.