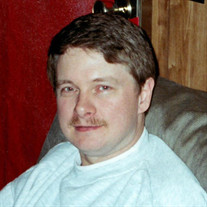 Stanley Martin Moore was born on September 16, 1957 in Lafayette, Louisiana. He departed this earth and moved to his new home in Heaven on May 5, 2020. He is survived by his wife, Sharon Peavey Moore, and his siblings, Brenda Moore Francois;... View Obituary & Service Information

The family of Stanley Martin Moore created this Life Tributes page to make it easy to share your memories.

Send flowers to the Moore family.