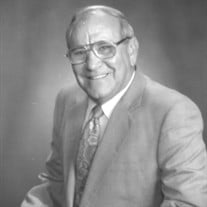 Funeral services for Terry Patrick Prudhomme will be held at 1:30 PM on Wednesday, February 16th, 2022 in Delhomme Chapel of the Flowers with Father Steve LeBlanc conducting the funeral services. Visitation will be held from 10:00 AM until time of services on Wednesday, February 16th, 2022 in Delhomme Funeral Home- Lafayette. A Rosary will be prayed Wednesday at 12:00 PM in the funeral home. Interment will follow in the Fountain Memorial Cemetery. On February 14, 2022 Terry ended a long battle of suffering from the ravages of myasthenia gravis, which caused a myriad of debilitating complications and illnesses. He never gave up from fulfilling obligations to be a husband, father, grandfather and great-grandfather. Now his battles are over. He has earned his rest. Terry was born on January 4, 1934 in Lawtell. He was a graduate of Lawtell High School where he was a star basketball player. He attended UL (SLI) for a short time. He refereed basketball games for many years After a stint with several oil and gas jobs, he began his career with Louisiana Intrastate Gas where he worked for 34 years. He moved his family to Lafayette in 1965. He was a founding member of Acadiana Flow Measurement Society which was started in 1965 by a group of pipeline and production personnel and help from USL (UL) in Lafayette. He was a long-time member of St. Jules Knights of Columbus council and as such, he volunteered his time helping the charity, Extra Mile. He was a volunteer little league coach for football, baseball, and basketball when his four sons were playing. Lafayette soon became "home" to the entire family. After he retired, he spent many happy hours playing cards with his buddies at the Rose House. He is survived by his wife of 67 years, Vera Ortego Prudhomme, and sons, Mark (Mary), Dwight (Judy) & Billy (Shelia); one son-in-law, Rick Hawkins. He leaves to remember him, five grandchildren: Kevin Hawkins, Erin Thomas, Phillip Bossier, Christopher Prudhomme and Ava Prudhomme. He has ten great-grandchildren whom he loved very much. He was preceded in death by his parents, Ella Pitre Prudhomme and Edgar Prudhomme; one daughter, Tricia Hawkins; one son, Barry Prudhomme. He was preceded in death by three brothers, Aubrey, Herbert, Gene. Also, three sisters, Lou Ira Arceneaux, Romaine Venable, and Nelma Fontenot. Terry loved his many nieces and nephews, as well as those of his wife's family. The family would like to extend their thanks to Dr. Mike Alexander who cared for him throughout his many health issues. Many, many thanks also go out to the compassionate sitters who helped care for him and to the hospice staffs for their comfort and care. Personal condolences may be sent to the Prudhomme family at www.delhommefuneralhome.com Terry Patrick Prudhomme and his family were cared for and entrusted final arrangements to Delhomme Funeral Home, 1011 Bertrand Drive, Lafayette, LA.

Funeral services for Terry Patrick Prudhomme will be held at 1:30 PM on Wednesday, February 16th, 2022 in Delhomme Chapel of the Flowers with Father Steve LeBlanc conducting the funeral services. Visitation will be held from 10:00 AM until... View Obituary & Service Information

The family of Terry Patrick Prudhomme created this Life Tributes page to make it easy to share your memories.

Funeral services for Terry Patrick Prudhomme will be held at...

Send flowers to the Prudhomme family.