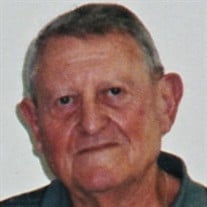 Funeral Services will be held at 11:00 AM on Saturday, February 8, 2020 in the Delhomme Funeral Home Chapel of the Flowers for Valentin Desire Breaux, Jr., 94, who re-constructed his forebears’ bridge at Breaux Bridge. Val passed away peacefully at Cornerstone Village South on Tuesday, February 4, 2020. Father Mario Romero will serve as Celebrant and will conduct the funeral services. Val’s cremated remains will be interred with his deceased wife in the Garden Crypt Memorial at Our Lady of the Lake Cemetery in Delcambre, Louisiana. Val was born in Gueydan, Louisiana on May 24, 1925 and graduated from Gueydan High School in 1941. He worked as a bookkeeper until entering Southwestern Louisiana Institute (now known as University of Louisiana at Lafayette) in early 1943. To avoid being drafted, he enlisted in the United States Air Force in early 1943. He was called up in October 1943, examined at Camp Beauregard, Louisiana, had basic training in Wichita Falls, Kansas and was sent to pre-flight school in Cedar City, Utah at Branch Agricultural College until April 1944. Thirty thousand pre-flight trainees were washed out to replace unexpected losses in Europe at that time. After flight gunnery training, crew assignment, and an ocean crossing in a banana boat, Val commenced bombing missions as a nose gunner with the 460th Bomb Group, flying out of southern Italy on a B-24 Liberator bomber. He found the experience both exciting and frightening. At the end of European operations, in June 1945, he returned stateside to an assignment at Dale Mabry Field in Tallahassee, Florida until his discharge in October 1945. In early 1945, he re-enrolled at Southwestern Louisiana Institute (SLI) to complete his bachelor’s degree in civil engineering. While there, he was welcomed into the Blue Key Society and became a charter member of both the SLI and Lafayette branches of the Louisiana Engineering Society. After graduation in 1949, he was employed by the Louisiana Highway Department, Lafayette office, on route surveys and road construction, including the construction of the fifty-foot lift span bridge in Breaux Bridge. The original structure at that spot was a footbridge built by his ancestor, Firmin Breaux, in 1799. At the completion and acceptance of the bridge, he was then assigned to the Louisiana Highway Department Bridge Design Section in Baton Rouge. About one year later, in 1952, he resigned to join C.F. Braun & Co. at the ESSO refinery in Baton Rouge. C.F. Braun & Co. was an engineering firm well known for the design, manufacture and construction of major refineries and chemical plants worldwide. After a few years of field construction in several states, Canada and the Philippines, he was persuaded to work in the home office in Alhambra, California as a construction planner. After thirteen years of in-house planning and site visits to review field construction and progress, he requested an overseas on-site assignment. In 1982, he was assigned as the subcontracts administrator for construction of a large fertilizer plant in the Netherlands. In 1984, he returned to Alhambra to plan and prepare for construction of a large fertilizer plant in Port of Spain, Trinidad. The assignment in Trinidad was short-lived, as the Netherlands customer insisted Val be assigned for construction of a duplicate of the first large fertilizer plan in Sluiskil, the Netherlands. In mid-1987, returning from the Netherlands to construction planning gave him time to think of retiring. He retired in October 1987 and headed to Lafayette to find a home convenient to both Delcambre and Gueydan, friends, fishing, hunting and golf. Val joined the American Legion in 1945, the Holy Cross Church in 1987, the Knights of Columbus in 1988 and Acadian Hills Golf Club in 1989. He was preceded in death by his wife of 48 years, Nina Ursule Landry; his parents, V.D. Breaux, Sr. and Annie Oertling Breaux; his brothers, Stanley F., Robert J. and Charles Warren Breaux, M.D. (and his wife Ann Kemp Breaux) of Birmingham, Alabama; and sisters, Beatrix L. and Yvonne Breaux Carter of Lafayette. He is survived by his daughter, Marie Nina (Breaux) Epstein and grandson, Benjamin Nicholas Epstein, of Lexington, Massachusetts. Also surviving are his sisters, Helena Breaux Anderson of Baton Rouge and Carmen Breaux Perry and her husband Berton Perry of Gautier, Mississippi. He is also survived by numerous cousins, nieces, nephews, grand-nieces and grand-nephews. The family requests that visiting hours be observed at Delhomme Funeral Home - Bertrand on Friday, February 7, 2020 from 5:00 PM until 8:00 PM. A Rosary will be recited Friday at 6:30 PM in the funeral home. Visiting hours will resume on Saturday from 10:00 AM until the time of service. In lieu of flowers, remembrances may be made to Holy Cross Catholic Church (https://holycrosslafayette.com/). Personal condolences may be sent to the Breaux family at www.delhommefuneralhome.com Delhomme Funeral Home, 1011 Bertrand Drive, Lafayette, LA is in charge of funeral arrangements.

Funeral Services will be held at 11:00 AM on Saturday, February 8, 2020 in the Delhomme Funeral Home Chapel of the Flowers for Valentin Desire Breaux, Jr., 94, who re-constructed his forebears&#8217; bridge at Breaux Bridge. Val passed away... View Obituary & Service Information

The family of Valentin Desiré Breaux Jr created this Life Tributes page to make it easy to share your memories.

Funeral Services will be held at 11:00 AM on Saturday, February...

Send flowers to the Breaux family.