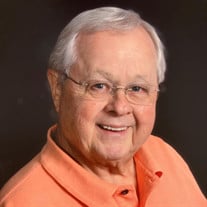 William Buck (Bill) Watson was raised with his sister, Pam, in Lake Charles, LA, by parents Edward (Bill) and Glenn Buck Watson. His Granny Mac, Mrs. Pearl Watson, and a tribe of aunts, uncles and cousins lived close by. Margaret Place neighborhood saw friendships begin that lasted a lifetime. The settings for many a good childhood memory took place on a family boat, The Ole Miss, the camp on the East Fork of the Calcasieu River, and The Hunting Camp. Friends and memories from First Ward Elementary, Central Jr. High and Lake Charles High school were treasured. An avid duck hunter, Bill worked his way through college as a duck guide and as a Calcasieu Parish Sheriff’s deputy. A graduate of McNeese State University, Bill began his oil and gas industry career with Western Oceanic. On his first assignment Bill opened an office in Trinidad where he began to fulfill his dream to see the world. Back in Lake Charles after a few Trinidad years, Bill worked in the travel and tug boat industries. He returned to the oil and gas industry with Global Marine Drilling Company. GMDC provided a life’s work, learning opportunities, and life abroad, opening or working in Global offices around the world -Scotland, Egypt, Hong Kong, Sicily and Malta. Bill and GMDC survived the 80’s oil crash. He ended up in Lafayette where he met and married his wife of 26 years, Marilyn Shipley Watson, and they blended a family of three rowdy teenagers. Blood was not a requirement to be loved by Bill Watson. His ferocious tenacity blended a family and led them on many adventures. He was faithfully involved in their lives and took his role as father and Papa very seriously. He relished guiding, teaching and sharing his stories with his children and grandchildren. Anyone who heard the loud yet reverent screams of “PAPA!” as his grandchildren careened through the door, knew how much he was loved. Bill loved his cohorts and clients from the Lafayette years. Many stayed together during the Global Santa Fe merger which took Bill and Marilyn to Houston for 6 years of work, family, friends, pups and Astros. Upon retirement Bill and Marilyn returned to Lafayette to a neighborhood reminiscent of Margaret Place. The first of eight grandchildren arrived the day after his retirement and continued to arrive for the next 10 years. Coffee Time with his wife, an early morning golf came with friends, Sunday at Asbury UMC-Spiritwind, dinner parties with friends, fire pit weenie and marshmallow roasts, family dinners, and cooking bacon for his grands were among Bill’s favorite activities. His only regret - not being able to watch his grandchildren grow up and guide them (and their parents) as only a Papa can do. Bill was predeceased by his parents and one sister, Pamela Watson Price. His survivors include his wife, Marilyn Shipley Watson, and mother-in-law, Mrs. Beryl Shipley, both of Lafayette; one son, Richard Wade Watson with grandchildren, Chloe, Keegan and Torin Watson, of Slidell; daughter Abbey Broussard Rubel and husband Robert with grandchildren, Madeleine, Will, and Jacob of Shreveport; daughter Cheramie Broussard Joubert and husband Jonathan with grandchildren, Georgia and Johnny, of Colorado Springs, CO. The family wishes to thank the doctors, nurses and staff at LGMC for their skill, dedication and kindness. A visitation/memorial service (also streamed) is planned in August at Asbury United Methodist Church. In lieu of flowers, please consider donations to the Emory Center for Interstitial lung disease https://www.emoryhealthcare.org/lung-disease/interstitial-lung-disease.html, the Pulmonary Fibrosis Foundation https://www.pulmonaryfibrosis.org/ways-to-give/honor-a-loved-one or the the Asbury UMC Youth Group, Lafayette, LA 101 Live Oak Drive, Lafayette, LA, 70503, or a charity of your choice. Personal condolences may be sent to the Watson family at www.delhommefuneralhome.com. Delhomme Funeral Home, 1011 Bertrand Drive, Lafayette, LA is in charge of funeral arrangements.

The family of William Buck "Bill" Watson created this Life Tributes page to make it easy to share your memories.

William Buck (Bill) Watson was raised with his sister, Pam, in...

Send flowers to the Watson family.